US milestone for Aer Lingus

A new daily service between Dublin and New York Newark was launched on 1 September by Aer Lingus, marking a new milestone for the carrier’s fast-growing transatlantic network.

The airline said passengers from UK departure points including Manchester, Newcastle and Edinburgh have already taken advantage of the new route thanks to easy transatlantic connections and Aer Lingus’ US pre-clearance facility at Dublin.

Newark is the second of three new transatlantic routes to begin this summer, marking the single largest expansion of Aer Lingus’ transatlantic network in its history.

A direct service to Los Angeles began in May and later this month a new four-times-weekly service will launch from Dublin to Hartford, Connecticut, bringing to 28 the number of daily services operated by the airline across the Atlantic. 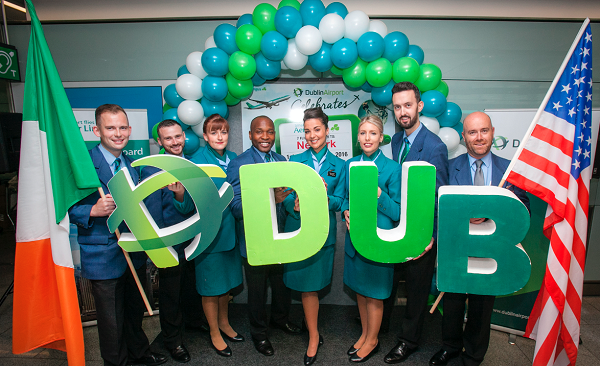