APD – What happens next?

Willie Walsh (IAG) was the lead speaker at a special press briefing held during the Global Aviation Festival in London last week. He was ably supported by respective CEOs Carolyn McCall (easyJet) and Bjørn Kjos (Norwegian). The session was organised by Airlines for Europe (A4E), whose managing director, Thomas Reynaert, chaired the gathering.

Walsh explained that Air Passenger Duty (APD) is a negative tax. “Abolishing APD would boost UK GDP by 1.7% and create 61,000 new jobs by 2020, an economic analysis by PwC has shown,” he noted.

McCall said the impending 50% tax reduction by Scotland would affect airports in the north of England, particularly Newcastle. She pointed out that since APD’s inception in 1994, the tax rate for economy short-haul trips is up 160%.  Bjørn Kjos noted that APD had recently been removed by Norway for children under 16, but an overall increase in tax is causing a slowdown in growth


Reynaert summed up, noting that the Italian government has put on hold a general increase of air taxes. The Dutch government’s removal of its ticket tax in 2009 after just one year led to strong growth in passenger numbers. Ireland abolished APD in April 2014, which led to Northern Ireland residents flying from Dublin - increasing by 52% in the first 12 months. http://a4e.eu 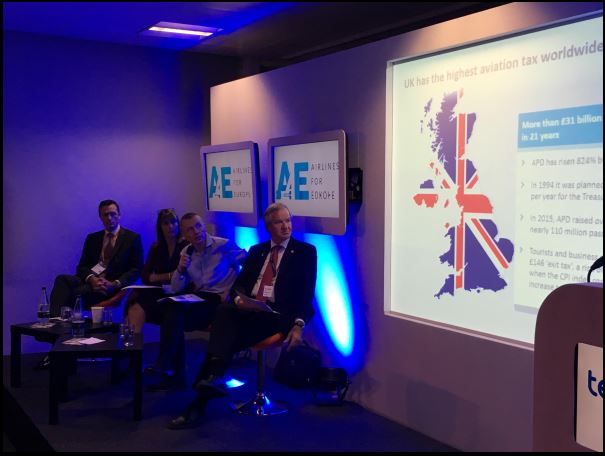