The first six weeks of operations of the Bombardier CS100 in service with SWISS have been “very pleasing”, the Montreal-based manufacturer announced last week.  Bombardier said the two CS100s had collectively flown nearly 400 revenue-generating flights, and accumulated almost 600 flight hours. 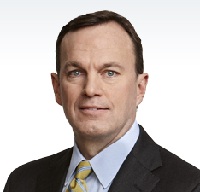 Bombardier Commercial Aircraft president Fred Cromer said: “We are very pleased with the performance of the C Series during its entry-into-service with our launch customer, SWISS.

“The aircraft is meeting all expectations and clearly demonstrating that it is the best performing and most efficient aircraft in the 100- to 150-seat class."

A third CS100 is scheduled to be delivered to SWISS next month, and the CS300 – the larger C Series variant – is expected to enter service with airBaltic in the fourth quarter.

Bombardier added however that it had had to adjust its C Series delivery forecast for the full year from 15 to seven aircraft because of engine delivery delays by supplier Pratt & Whitney.

Cromer said the engine was working well in service and Bombardier was working closely with Pratt & Whitney on the issue, adding: "We are confident in our … ability to meet our production goal of 90 to 120 aircraft per year by 2020.