Expanding Heathrow could boost UK GDP by up to £24,500 per family – almost double the value of expanding Gatwick. That, according to Heathrow, is the finding of the first post-Brexit report into the independent Airport Commission study. Heathrow released the document on Friday. 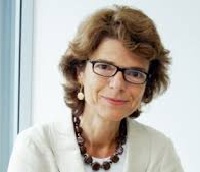 The report, from the Centre for Economic and Business Research (Cebr), says Heathrow’s connectivity and cargo capacity mean the expanded airport will be an “engine of Brexit growth, driving opportunity up and down the UK”.

Heathrow said the Cebr document, using the government’s own independent Airports Commission figures, also found in addition to the GDP figure that only Heathrow expansion had the potential to create more than 100,000 new jobs outside London and the South East.

“In every region and every future scenario, it estimated that Heathrow could deliver more GDP benefits and more jobs than Gatwick,” the Heathrow statement added.

Cebr chief economic adviser Vicky Pryce said: “Airport expansion has been a thorny issue for governments of every political hue. What this analysis shows is the centrality of Heathrow to the British economy.”