Additional speakers have been confirmed for a major Transport Times conference in London next month on the future of the HS2 project. Secretary of State for Transport Chris Grayling and Simon Kirby, chief executive of High Speed Two, are scheduled to deliver the keynote addresses. 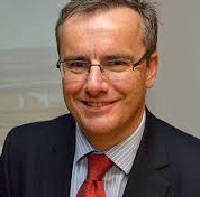 The conference, HS2: Phase One and Beyond, held in association with KPMG, is on 12 October at 15 Canada Square, London. Organisers say the gathering is timely, with preliminary work on the construction of phase one of HS2 due to start next year.

A detailed route for phase two, to Manchester and Leeds, is expected to be confirmed by Grayling’s department by the end of the year, while Scotland and cities in the North and Midlands are making preparations to maximise the benefits of HS2 to their areas.

A spokesman for the conference organisers said: “Following the EU referendum, HS2 supporters believe it is even more important that the project goes ahead on its current timetable, in order to bolster the UK's competitiveness, especially for the North.”