IAG has trimmed growth plans for 2016 and given a cautious outlook for annual earnings due to weaker trading and the slump in sterling after Britain's vote to leave the European Union. It stated underlying second-quarter operating profit up 4.7% to €555m. 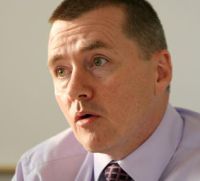 The group, which reports in euros but gets a third of its revenues from Britain, said its Q2 results were hit by a negative currency effect which would also impact third-quarter results, usually the most profitable time of the year thanks to the European summer holiday season. Chief executive Willie Walsh explained the cuts would be across the group which includes British Airways, Iberia, Vueling and Aer Lingus.

IAG said it expects 2016 underlying operating profit to rise by a "low double-digit" percentage. In February, it had forecast it would grow 2016 profit by more than €900m (US$998m), equivalent to a 40% rise on last year's result.

Walsh said IAG had seen more subdued demand for business travel in the run-up to and since the Brexit vote.

"It's unclear when UK corporates will regain confidence," Walsh told journalists. "It will have to happen… whether that's later this year or early next year, we'll have to wait and see."