A 6% cut in winter-schedule capacity between the US and the UK was announced last week by Delta Air Lines in an apparent reaction to the Brexit vote and the falling value of sterling against the US dollar. 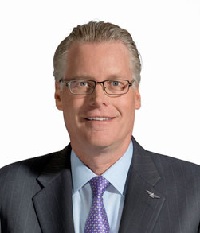 The news came in an earnings announcement in which the carrier said the 10%-plus fall in the pound since the EU referendum had reduced Delta’s annual UK sales by about US$40m (£30m).

Delta operates 10 daily flights from London and Manchester to the US and has a 49% share in Virgin Atlantic, which operates out of London.

Delta chief executive Ed Bastian said: “We have seen some strength in the US point of sale to the UK as the pound has deteriorated."

“Likewise, we've seen some reduction in our UK point of sale coming to the US, and that's why we're making certain of the capacity adjustments combined with overall high levels of capacity in the North Atlantic."

Delta plans are said to include scrapping flights on off-peak days and using smaller aircraft from places which have more leisure than business travellers than London provides. The airline noted that London makes up about 35% of business travel between the US and all of Europe.