Industry sabre-rattling following the Brexit vote intensified last week after easyJet said it was lobbying the government and the EU to ensure the continuation of a “fully liberal and deregulated aviation market” within the UK and across the continent. 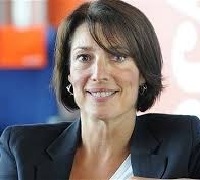 In a statement, the airline said: “This would mean that easyJet and all European airlines can continue to operate as they do today and this objective has been supported by European airlines, with Airlines For Europe, Europe’s main airline association.”

The airline said it had talks before the referendum with European aviation regulators about establishing an air operator certificate (AOC) in a European country to enable it to fly across Europe as it did today, and had now started a formal process to acquire an AOC.

The statement added: “We have no plans to move from Luton – our home for 20 years."

Chief executive Dame Carolyn McCall later moved to clarify the last point, telling Channel 4 News it "remains to be seen" whether the budget carrier would keep its HQ at Luton.

"What I have said is that Luton is a massive base for us and we wouldn't be moving lock, stock and barrel from Luton," she added.

In what was a busy week, McCall also received the Personality of the Year award from the London Evening Standard Business Awards.