Bellew moves up at Malaysia 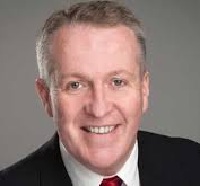 Bellew takes over from Christoph Mueller and becomes Malaysia’s third CEO in two years. Mueller resigned in March citing “personal reasons” but the airline said he will “remain available” until the end of his notice period on 9 September to ensure a smooth transition.

Bellew had been working alongside Mueller on restructuring Malaysia. The programme was triggered following the disappearance of flight MH370 on 8 March 2014 and the shooting-down of flight MH17 over Ukraine less than four months later, on 17 July 2014. The incidents took the airline to the brink of bankruptcy.

Malaysia’s chairman, Tan Sri Md Nor Md Yusof, said Bellew had been a key figure in the airline’s senior management team responsible for executing “the biggest and fastest transformation in our history”.

“He is an exceptional leader and has been an invaluable contributor to the transformation of the airline over the past 10 months,” the chairman added.