A decision on whether to expand Heathrow or Gatwick was put off again last week following David Cameron’s resignation. 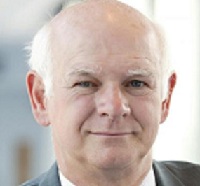 Transport secretary Patrick McLoughlin said the government was still committed to expansion but a decision was unlikely “until at least October.”

Airports Commission chief Sir Howard Davies said Britain risked becoming “a joke” if it failed to push ahead.  He told the Evening Standard it was “more important than ever” to show Britain was open to business.

“If you say your strategy is to be a global trading nation … but actually you aren’t prepared to provide any airport capacity for people to land here, that’s a joke,” he warned.

Heathrow chief executive John Holland-Kaye said a third runway at the airport was a must.

“Government can send the strongest possible signal that Britain is open for business and confident in its future by expanding Heathrow.”

Gatwick CEO Stewart Wingate said: “It has become ever more clear only Gatwick can deliver a new runway for Britain and give Britain certainty that airport expansion can finally happen. We can have the first planes flying from a new runway in 2025.”

Is that what they call a soundbite? There's plenty of capacity for 'people to land here' Howard and you know it.