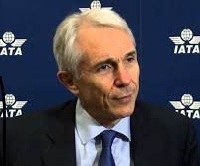 Travellers were told the airport was now open for business, but there might be delays and cancellations as operations returned to normal.

IATA said the atrocity underlined the need for people using airports to be moved airside as quickly as possible.

Director-general and CEO Tony Tyler said the attack showed there was a growing challenge for governments to keep people safe landside.

"The industry has a number of initiatives in place to achieve that aim and we are working with governments and airports to implement them,” he added.

British Airways operated a reduced schedule to Istanbul on Thursday and was allowing passengers due to fly to or from the city up to and including yesterday (Sunday) to rebook at a later date or choose an alternative destination.

Turkish Airlines said passengers with bookings for flights departing from, arriving at, or connecting in Istanbul Ataturk or the city's other airport, Sabiha Gökçen Airport, up to 5 July to rebook, reroute or get a refund, provided they applied by 31 July.