Remarks by International Airlines Group chief executive Willie Walsh on the future shape of Heathrow have won backing from a top financier. 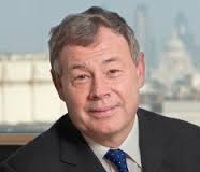 Walsh said the costs of Heathrow Airport Ltd’s new third runway are “prohibitive” and that the Heathrow Hub independent proposal for an extended runway should be “put back on the table”.

Support has come from Ian Hannam, a financial backer of the Heathrow Hub plan, who is the former global chairman of capital markets at JP Morgan and chairman of Hannam & Partners.

He said: “Mr Walsh’s intervention is significant; IAG is Heathrow’s biggest customer and would effectively pay more than half the construction costs of Heathrow expansion via increased air passenger charges.

“Heathrow Airport Ltd shareholders would be required to support the raising of substantial equity and debt to meet the overall £15.7bn cost of the third runway.

“This is much larger than normal capital market activity … and the likelihood is that they would not receive dividends for many years while construction takes place and then new routes are added.”

Hannam added: “The last thing George Osborne, David Cameron and UK taxpayers want is another costly infrastructure project which the private sector is unwilling to finance without assistance.”

UK Aviation has done well in recent years because it has been relatively free of subsidies and grants from the tax payer: a splendid example of enterprise.I endorse Hamman's final comment.As for so- called wider economic benefits, these apply to most large private sector investments to which the community would not dream of subsidizing.