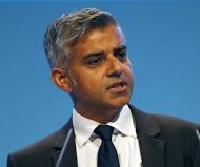 An increase in aircraft movements to 112,000 per year has already been approved, with Johnson mounting what was perceived as a guerrilla campaign to stop expansion of the airport.

Although approved by the local council, the plans for the airport were personally ‘called-in’ by the then-mayor and were subject to an expensive public inquiry just completed. They included enlarging the terminal, expanding the number of aircraft parking positions and creating a parallel taxiway.

The current eastern stands at LCY are on a deck structure. The airport wants to extend this to create seven more stands on water-covered land owned by the Greater London Authority. Johnson had refused permission for its purchase.

The airport had previously lodged a compulsory-purchase order for the land in an attempt to force the issue and a governmental planning inquiry intended to resolve the impasse began on 10 May.

However, Johnson’s reign ended on 7 May and Khan has now dropped the former mayor’s objection.

The inquiry continues, but without the main objector. The combined reports will go to government ministers for a decision, expected later this year.