More than 1.96m passengers passed through Stansted last month, 2.7% more than in April 2015. It was the busiest April since 2007 and the 25th consecutive month of passenger growth at the airport. 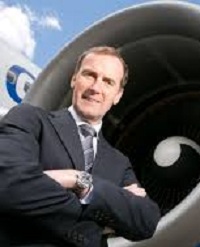 The figures were boosted by record load factors of 85.9%, the highest total for any April at Stansted, which has just seen the take-off of the first B787 to use the airport, a Thomson Airways flight to Mexico and Florida.

In the 12 months to last month, more than 23.2m passengers used the airport, 10.1% more than the previous year and the highest annual total since July 2008.

“It is a very timely achievement that has helped us to add more than 2m passengers to the annual total in the last year alone and pushing us ever closer to our all-time high of 24m.”

Stansted is also adding routes. Thomson has launched Dreamliner flights to Florida and Cancun and BA arrives at the end of this month with scheduled flights to Faro, Malaga, Palma and Ibiza, plus a new service to Berlin.

Ryanair is also planning to add routes and increase capacity to key destinations across its already-extensive Stansted network.