John Holland-Kaye, Heathrow CEO, is seeking an early meeting with London’s new mayor, Sadiq Khan, as the south-east runway debate reaches a conclusion. He has also written to the Prime Minister.  A final government decision is expected shortly.

In a press briefing last week, Holland-Kaye said Heathrow would extend its night-time curfew from 23:00 until 05:30. Presently, scheduled operations are banned only between 23:30 and 04:30. The new offer could be seen as a bonus for Gatwick, attracting carriers to the south London airport with no night-time restrictions.

John Stewart, chairman of the Heathrow Association for the Control of Aircraft Noise (HACA), said: “Between a third and half of people who have joined our group have done so because of night flights. It is the biggest source of irritation to a great number of people.”

A future fourth runway was ruled out by Holland-Kaye, who also said Heathrow Airport Ltd would support the creation of an independent aviation noise authority with statutory powers.

He proposed that the Environment Agency be given the role of an independent aviation air quality authority as a Heathrow watchdog. He also suggested the establishment of an education and skills taskforce to identify how best to develop the airport’s future skilled workforce and to create a legacy for UK infrastructure projects. 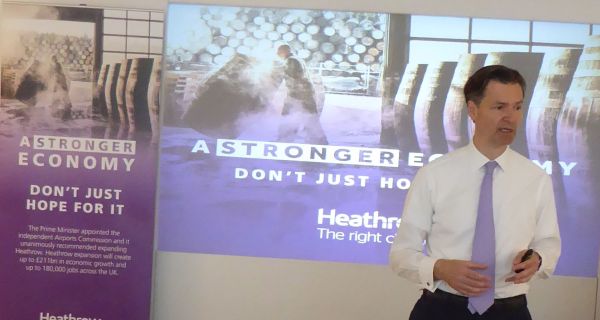