Wizz Air is to begin direct service between Gatwick and Bucharest on 18 June, providing the only direct connection between the two airports. 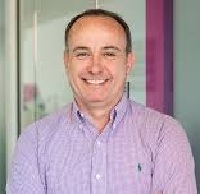 The airline has three daily direct flights between Luton and the Romanian capital, and services from seven other UK points – Doncaster-Sheffield, Bristol, Aberdeen, Glasgow, Belfast, Liverpool and Birmingham.

From these UK hubs, Wizz Air flies to 14 countries and now offers 76 routes, contributing to economic development throughout the UK as it does so.

The airline said it moved more than 5m people through regional airports in 2015, supporting almost 3,750 local jobs in the business, leisure and travel industries.

With a young fleet of A320 and A321 aircraft, it has carried nearly 30m passengers through UK airports since starting operations in 2004.

Chief corporate officer Owain Jones said: “Wizz Air is a leader in opening central and eastern European cities to UK business travellers as well as leisure traffic and with our new Gatwick service we will offer four flights a day between London and Bucharest from two airports.”