With a heavy security presence, the departure hall at Brussels Zaventem airport partially reopened yesterday (1 May).

The move comes 40 days after two suicide bombs killed 16 people and destroyed part of the building.

"We are back to the familiar scene of our passengers in the departure hall," said Arnaud Feist, the airport chief at a sombre ceremony on Sunday to mark the occasion attended by Belgian Prime Minister Charles Michel.

Belgian flags were displayed on either side of a small stage where the date of the massacre and the names of the victims could be read, alongside messages in several languages such as "Violence will never be the answer."

The whole airport was closed for 12 days following the attacks, which also saw another 16 people killed at a metro station in the Belgian capital.  The departures hall is expected to slowly reopen until June, when it is scheduled to return to full capacity.

The March 22 violence was claimed by 'Islamic State' (IS) militants, carried out by European nationals of Moroccan and Syrian descent. www.brusselsairport.be 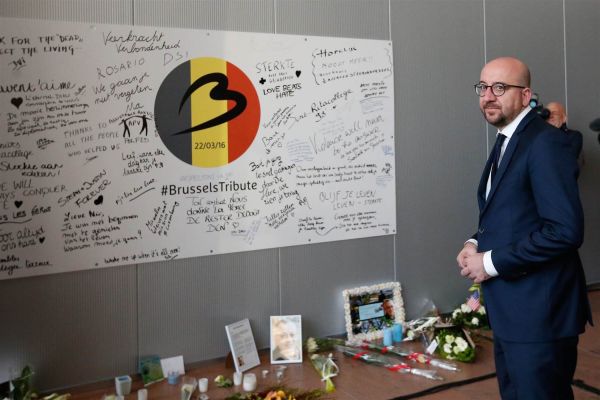