Capacity is beginning to outstrip demand and airlines are seeing load factors dip as a consequence, IATA has warned. 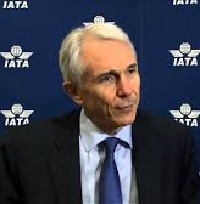 The association said 2016 began well, with demand for flights at its strongest since 2008.

But February was the first month since mid-2015 when the number of seats available exceeded the number of passengers to fill them.

IATA statistics show capacity increasing by almost 10%, leading to a drop in load factor of 0.7 percentage points to 77.8%.

IATA's director general and CEO Tony Tyler said: "It is unclear whether this signals the start of a generalised downward trend in load factor, but it bears watching."

European airlines saw demand rise 7.7% in February compared with a year ago, but capacity was up 7.8%, leading to a 0.1 percentage point dip in load factors to 78.3%.