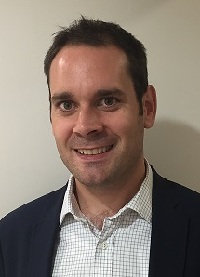 He joins next month from the Airport Operators Association, where he has run the public affairs and PR department since December 2012. Before that, he spent seven years working in public affairs and politics in a number of sectors, including infrastructure, international rescue and security, insolvency and healthcare.

He takes over from Nathan Stower, who is moving on to take up a senior role with Virgin Atlantic.

BATA chairman Jane Middleton said: “Nathan will be a hard act to follow, but we are confident Tim will rise to the challenge.” She also praised Stower’s record, which included new initiatives such as the annual BATA lecture and the association’s manifesto, as well as delivering much greater emphasis on effective engagement with politicians and the media.

Alderslade added: “It is a huge privilege and challenge to be joining BATA at such an important time for the UK airline industry. We must continue to play a key role in representing and promoting the importance of the sector.”  www.bata.uk.com