Heathrow Hub, the independent consortium, continues to promote its scheme for an extended runway as a solution to the Cabinet committee’s dilemma in announcing a new runway in the South East, expected in July. 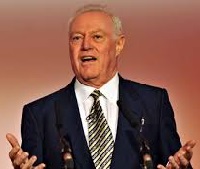 In a statement, it backs up the view of outgoing London Mayor Boris Johnson that the Gatwick concept is fundamentally flawed.

Captain Jock Lowe, director of Heathrow Hub, says: “As for Gatwick, the Mayor is right. It is not a hub and is just in the wrong place for the majority of the country.”

As a former British Airways Gatwick managing director and Concorde chief pilot, Captain Lowe has always advocated an expansion of Heathrow rather than the South London airport.

Captain Lowe goes on to reiterate the claim that the scheme he leads is cheaper and is much simpler and brings no new communities into the noise footprint. Heathrow Hub has also supported an end to night quota flights arriving before 06:00. Presently there are very limited cargo flights during the early hours, Heathrow Airport Ltd happy to stay with the status quo.

Heathrow Hub says that its new detailed research concerning operational aspects of the scheme has been submitted to the Department for Transport as part of its review process.