The first of 20 new long-haul routes being launched by airlines at Gatwick this year took off on Easter Sunday as Norwegian inaugurated its low-cost service to Boston. 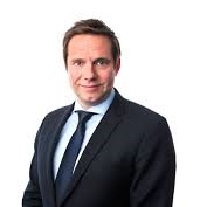 The airline’s expansion has already resulted in direct services between the airport and New York, Los Angeles, Fort Lauderdale, Orlando and Puerto Rico as well as Boston. Flights to Oakland/San Francisco start next month.

Norwegian chief commercial officer Thomas Ramdahl has announced the airline will add 50 new long-haul Dreamliners and 100 new short-haul aircraft at Gatwick to enable it to deliver significantly cheaper long-haul fares for passengers and more choice “for generations to come”.

“The milestone will be passed this year when airlines including British Airways, Norwegian, Cathay Pacific, West Jet and Air Canada begin the 20 new long-haul routes, including destinations across Canada and the US as well as Hong Kong, Peru, Cuba, South Africa and Costa Rica.” www.norwegian.com www.gatwickairport.com