Declan Collier became CEO at London City Airport (LCY) from heading the Dublin Airport Authority and Aer Rianta exactly four years ago in April 2012 and has seen the airport grow in that time from just over 3m passengers to more than 4.3m in 2015. This figure marked an 18% increase in growth compared with 2014, the largest among London's airports, and a record total for LCY.

Collier is president of the World Board of the Airports Council International (ACI), the representative body of airports worldwide. In this month’s ON THE SOAPBOX he argues how expansion at LCY will support business travel growth. 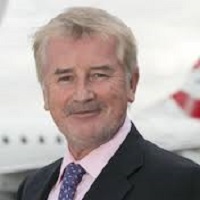 “Business travel accounts for 52% of passenger traffic through London City Airport – by far the highest proportion of business travel at any airport in the UK. It follows that growth at LCY is a strong indicator of growth in the business travel sector.

Last year was a record one at London City. In fact, numbers suggest it was the busiest year on record for UK airports as a whole.  LCY alone saw an 18% increase in passengers to 4.3m. The busiest routes remain the key business links of Edinburgh, Zurich, Dublin, Amsterdam and Frankfurt.

So what does this mean for the future? Well, business people need to travel. Passengers travelling through LCY did an impressive £11bn worth of trade in 2014 – airports are a facilitator of trade and an economic driver for the UK. Financial and business services (the sectors most represented among London City Airport passengers) are forecast to contribute 43% of economic growth in the UK between 2015 and 2025, and 52% in London. Airports need to be able to accommodate and support this growth. And yet aviation capacity in London and the South East remains paralysed.

The UK needs to increase connectivity, reach new destinations, increase services to those most in demand, and provide a healthy, competitive marketplace to ensure consumers are protected.

London City Airport can provide additional aviation capacity for London, delivering some 32,000 extra flights per year by 2025, with the first phase delivered by 2018. That’s at least a decade sooner than any new runway can be delivered in the South East. This much-needed capacity can help free up slots at Heathrow for long-haul by moving selected short-haul services to LCY.

It would enable the airport to accommodate next generation aircraft, such as the Bombardier C-Series, which are quieter and more fuel efficient, with an increased range meaning destinations such as Russia, the Middle East and east coast of the US could be served directly from London’s Zone 3, just 15min on public transport from Canary Wharf and 22min from Bank.

It would ensure those businesses based in London and those wanting to do business in London can continue to do so with ease.

And yet, three years after first submitting an application for planning permission, work has still not begun. Instead, a decision by the Mayor of London, taken against the advice of his advisers, means we are currently engaged in a public inquiry, appealing against that decision.

The Airports Commission recommended that the UK should make best use of existing capacity. While a decision on new runways continues to be delayed, it is crucial that we are allowed to deliver on this recommendation.

The planned development at London City Airport does not require a new runway, or an extension to the existing one, it simply enables us to make the most of what we have. It will create more than 2,000 new jobs – 1,600 airport jobs and a further 500 during construction – and almost double the economic impact to London to £1.3bn per annum.

The first is to build a parallel taxi-lane to get aircraft on and off the runway more quickly, maximising the use of the runway at peak times. The second is building seven new aircraft parking stands, which will be larger to accommodate new aircraft types, and will allow more aircraft to be on the ground at one time. The third is an extension to the terminal building.

The airport was built in 1987 to cater for about 1m passengers. With more than 4.3m now passing through the doors, it has become increasingly challenging for the building to keep up. A terminal extension would enable passengers to continue enjoying the speed of transit for which LCY is so well-known – 20min door to plane on departure and 15min plane to train on arrival.

Our research shows 80% of business decision-makers in London say greater air connectivity to other business destinations from London City is important to them and their business. A further four out of five (78%) think the proposed expansion of LCY will have a positive impact on businesses in London.

At a community level, the vast majority of local residents (84%) think the airport brings advantages to the area and more than two thirds (68%) support expansion.

The public inquiry is due to run until next Friday, 8 April, and we are confident of a positive decision later this year, to enable us to start building immediately thereafter.”