Quest around the world

You’ve got to hand it to CNN's Richard Quest.  Not only has he taken a serious interest in MH370 (see BTN 7 March) but on a somewhat lighter note if you are reading  BTN  on publication day he is probably in the air on a low-cost carrier trying to fly around the world in eight days, on 10 airlines, and touching down in nine countries via easyjet, Ryanair, FluDubai, AirArabia, AirAsia, Scoot, Jetstar, Allegiant, JetBlue and Norwegian in that order. 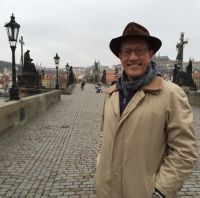 The globe-trotting adventure will be showcased in a special edition of CNN Business Traveller, first airing on CNN International on 14 April at 09:30 BST/10:30 CET.

This border-crossing expedition made its own rules.

"The trip has to start and end in the same place, we can only travel in one direction and we can't backtrack between continents," explains Quest.

"We're only using low-cost carriers and we're not allowed to take Premium Class tickets – it's Economy all the way."

The planned return is 20 March.

Quest and his team are reporting on www.cnn.com throughout the trip. 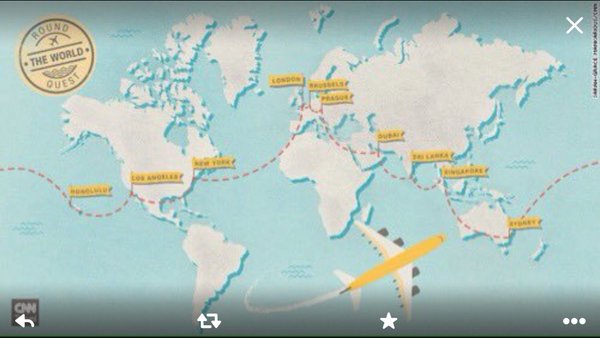 Jalousy gets me no where. Having flown RTW 12tmes setting and breaking recors I had not thought of this one. Best wishes.Michael