The new flight will operate four times a week on Mondays, Wednesdays, Fridays and Sundays. It provides easy connections to Icelandair’s 16 gateways in North America including New York, Orlando, Seattle, Toronto and recently announced Chicago starting on 16 March and Montreal on 19 May.

The Aberdeen – Reykjavik service is operated on behalf of Icelandair by Air Iceland, a subsidiary of Icelandair Group, with a two-class Bombardier Q400 and flight time of just over two hours.

Icelandair itself dates back to 1937 and is a major Boeing 757 operator with 24 in the fleet, soon to be replaced with Boeing 737 MAX on order for delivery from 2018.  www.icelandair.co.uk 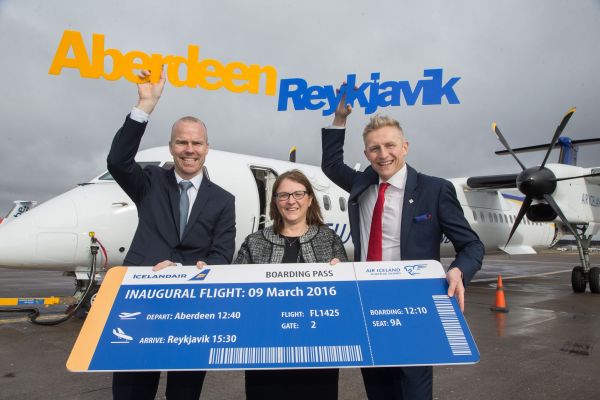